Career statistics can be created from one or more Single Season team worksheets. This is accomplished by using the Import / Stats command with a team worksheet configured in Multi-Season Mode. Individual game-by-game stats from each file are combined into season statistics for each season.

Season-by-Season summary stats for each player can be imported from other sources into a Multi-Season Team Worksheet. Stats from one or multiple seasons can be imported. Template files are included in the distrubtion media for this.

The importer will test for possible duplicate player name entries during the import process. This might occur if a player was in the active roster in one season and in the expansion roster in another season. These instances will be marked and reported at the completion of the import process.

Career batting leaders as well as single season leaders in each category are complied.

A web site for the career stats cn be created. This web site can be linked back to the main team web site. 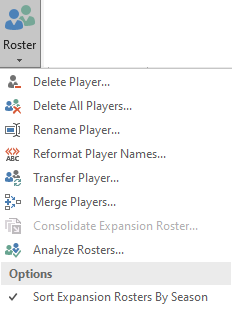 Additional commands in the Rosters and Stats menus facilitate common maintenance issues that can arise from creating career stats. Commands applicable only in Single Season mode are not shown. 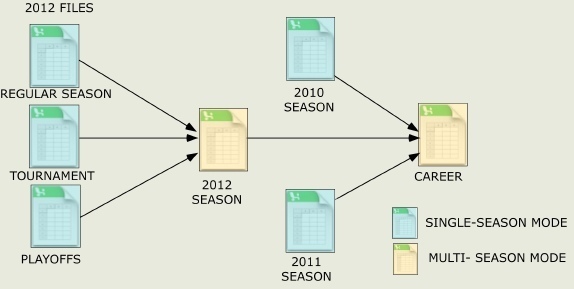