The SBC is an Excel-based application that facilitates management of the statistics for a team. The source for the batting stats can be a game scoresheet or imported from a 3rd party app. Schedules can be entered and maintained either manually or imported from an external file.

The computed results can be printed. A web site can be automatically generated with a single command with no web authorizing knowledge required. Single season stats con be merged to maintain career stats.

The SBC is controlled by a basic set of commands. They have been chosen for simplicity of use and should be sufficient for the vast majority of users. Keyboard shortcuts for several commands are available. A list of these combinations is available via the SBC Help menu or by pressing the help key, toolbar button or SBC Ribbon Shortcuts button.

The commands are organized under a user interface that varies depending on the platform (Windows or Mac) and the underlying version of Excel. The functionality is the same regardless of the version.

An expanded command set can be activated for additional capabilities and web site customizations.

When running under Excel 2010 or later on Windows, the SBC interface is a customized Ribbon under the SBC tab. As the SBC operates under a customized environment, many of the traditional tabs and features are not present. A Quick Access Toolbar (QAT) is provided, but is also limited to SBC-centric operations. Click on the ribbon image for a expanded view of the subcommands.

Tooltips are provided for all ribbon commands by positioning the cursor over a command or sub-command on the ribbon.

The legacy SBC Menu and Toolbar are also available under the Add-ins tab. See the example under Windows 2007.

When running the SBC under Excel 2007 , the SBC menus and toolbar appear as fixed items under the Add-ins tab.

On all other versions, the user interface will appear as a custom set of menus plus a floating toolbar. 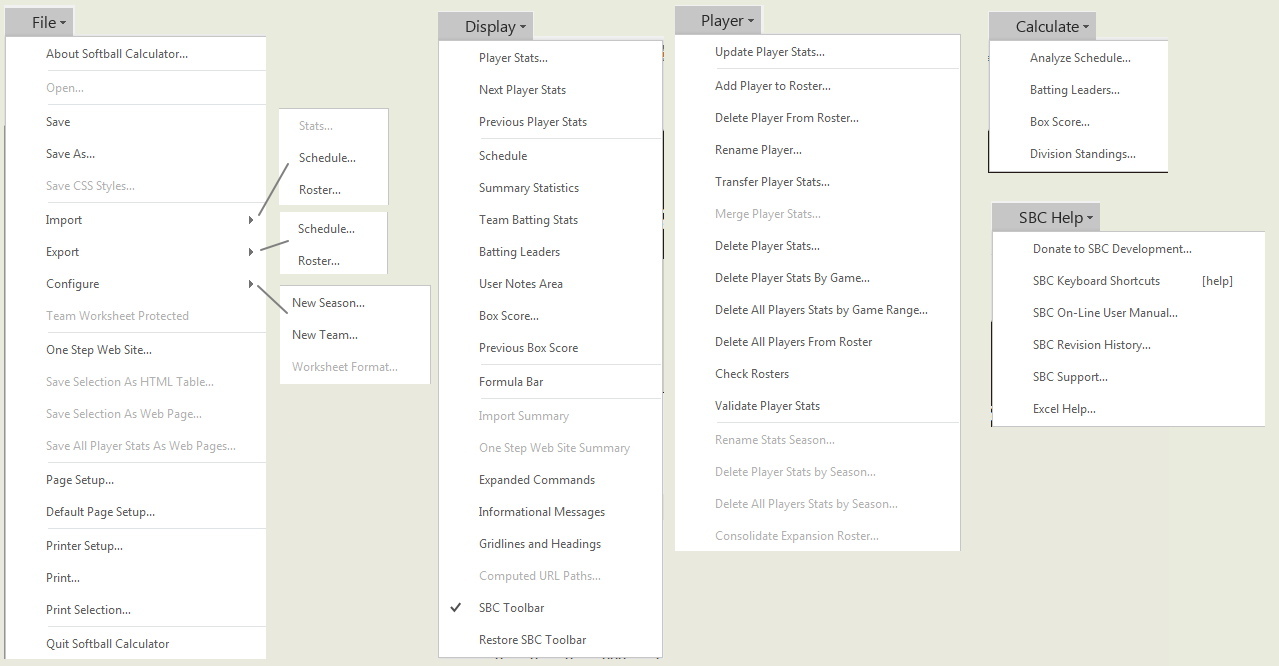